Painting and Photography – by Liane Lang 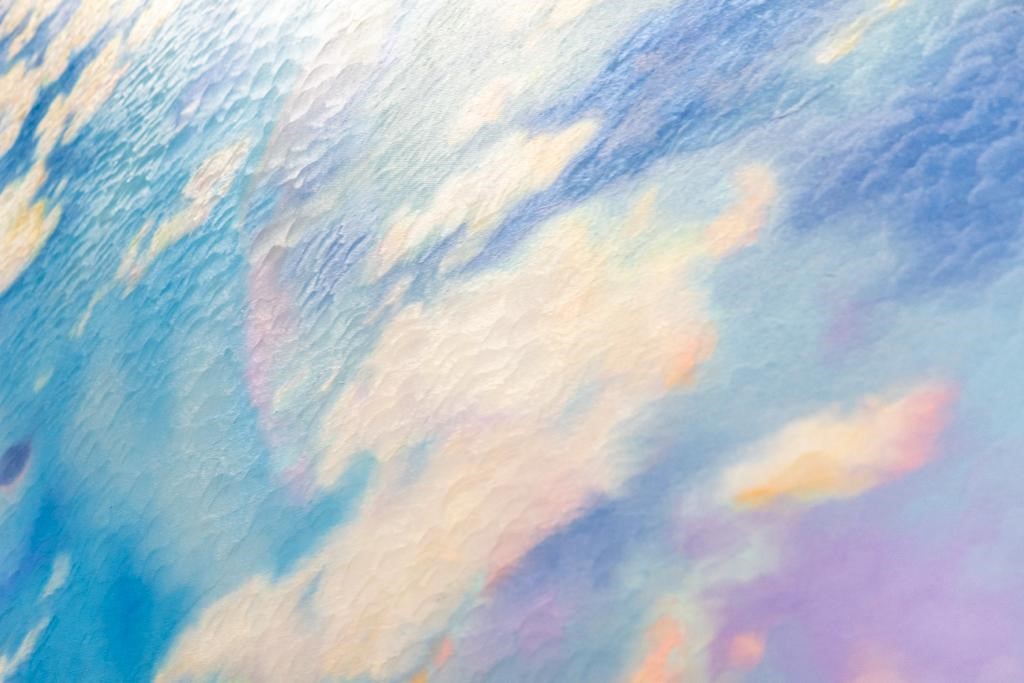 Ever since the invention of Photography, there has been a desire to draw parallels and emphasise differences between these two ways of creating an image. They have throughout history influenced each other equally, from the early Victorian staged photographs that mirrored the staged Academic painting of the period to the potential use of photographs at nearly every stage of making a painting. Artists have painted like photographs, photographed like paintings, restaged paintings in photographs and generally played with our perception of this tug of war between the real and the artificial, the texture of time and of surface, the captured moment and the laborious representation. Somehow many people have felt, that they have to take sides.

Over the century the anxiety around the making of images has been reflected in a reaction for and against both media. Photography for a period seemed an escape route from the difficult legacy of painting and its much announced death, that later proved to be rather a renaissance. To this day Photography and Painting often occupy exclusive spaces and institutions, jealously guarding territory and discourse. The reality in the artist’s studio however is rather different. Photography as reference and source material, overhead projections and tracing paper, were once a closely guarded, slightly dirty, secret but are now a staple of studio practice, a tool for making. This more relaxed approach to making art comes after decades of soul searching and perhaps opens up the possibility of greater freedom, conversation and brilliant new work, by younger and older artists alike.

I have selected two painters of different generations for this piece to illustrate two very different but equally compelling and essential uses of Photography in Painting: Hugh Mendes and Martine Poppe. The work of both uses photography directly and unequivocally, but also speaks about very painterly concerns, brush stroke, abstraction and the associative power of a painterly style.

And the life that you live in order to photograph it is already, at the outset, a commemoration of itself. Italo Calvino in Difficult Loves

Hugh Mendes paints obituaries, which connect to writing on Photography (and death) in a direct way. For many years the sources were real obituaries but have morphed over time into imaginary inventions, that form a complex relationship to the idea of self portraiture and the way we are seen by others, ultimately represented by a small newspaper piece. Mendes says about his work:

‘I began making oil paintings of newspaper pages and clippings in 2001. Within the context of ‘Still Life’. Scheduled to be shown in my MA show, opening on September 11th 2001, I paired George Bush with a Kalashnikov aimed at him by the then relatively unknown Osama Bin Laden. This became the precursor for much, if not all of my subsequent work. By 2003 I had begun recreating Newspaper Obituaries of significant people. They are a way of recording history through the lives of individuals. In recent years these have especially featured artists’ self-portraits as the image, to the extent of making up my own ‘obituaries’ as memorials to these artists in a recognisable but fake newspaper format. By translating newsprint into oil paint, I am extending the life of what would be fleeting moments in the press and perhaps all but forgotten.’

Mendes relationship to the newspaper image is crucial: by rendering this temporary medium into an oil painting, a fundamental shift is made, one of value but also of meaning. The self portrait obituary paintings allow the viewer to consider in more depth the difference between how we are represented and how we feel we really are, the chasm between life and legacy. Mendes attempts with these gentle gestures to bridge a yawning gap between the wealth and complexity of a life lived and the by-line paragraph of remembrance. In German the word for Obituary is Nachruf, literally to call after someone, conjuring an echo, a shout into the distance, words that may not reach their subject. Using the photographic image for these works creates a crucial conversation between the momentary, the documented and the surface of the painting.

Photographs turn the present into past, make contingency into destiny. Whatever their degree of “realism,” all photographs embody a “romantic” relation to reality.
Susan Sontag in Portraits in Life and Death

Martine Poppe uses photography at every stage of making her work. Based between London and her native Oslo, she keeps two studios that mirror one another, already bringing to mind a reproduction. Poppe employs the photographic image as a template and sometimes as a sculpture, crushing the image into three dimensions. Her palm trees have the colours of a dreamy postcard left in the sun, taken almost to abstraction. Romance is allowed to re-enter the work through a process of eliminating detail and context. It’s a romantic relationship not to reality itself, but to the photograph.

Poppe says about her work:

‘Photography, more so than any other medium that I use, has a life of its own. In its different iterations, the medium makes up the bones of my practice. I collect and revisit my photographs until I see a way forward for them, beyond their existence as images. Then the pixels are twisted and pulled to the limit of what they are able to do, until they balance between a complete collapse of the image and the qualities that (to me) defines photographic language. There has always been a push and pull relationship between abstraction and representation in my work, and the inherited photographic language in my paintings is integral to that.

In the early days, all my paintings were titled Analogical Change, because the translation from the photographic print to painting was just that; a continuation of the work in a different medium. In the same way, my sculptural practice carries the photographs to a conclusion. The initial process of reshaping is continued physically, celebrating the journey of the photograph.’

¬¬Both practices are undeniably painting practices. A painted surface is presented to the viewer in the gallery. But the role of Photography is implicit and explicit, a conversation that can hint at Walter Benjamin’s essay on Art in the Age of Mechanical Reproduction as much as at Roland Barthes’ Camera Lucida. The same major themes are explored here Death and Memory, Reality and Romance, the moment made permanent only to become illegible, a memorial or symbolic oblivion. Photography and Painting are not in opposition to one another, they are intricately linked, closely related and of equal value.

To view the work of both artists please visit their website:
https://www.martinepoppe.com/
https://hughmendes.com/