Born in the Purple by Chris Daniels 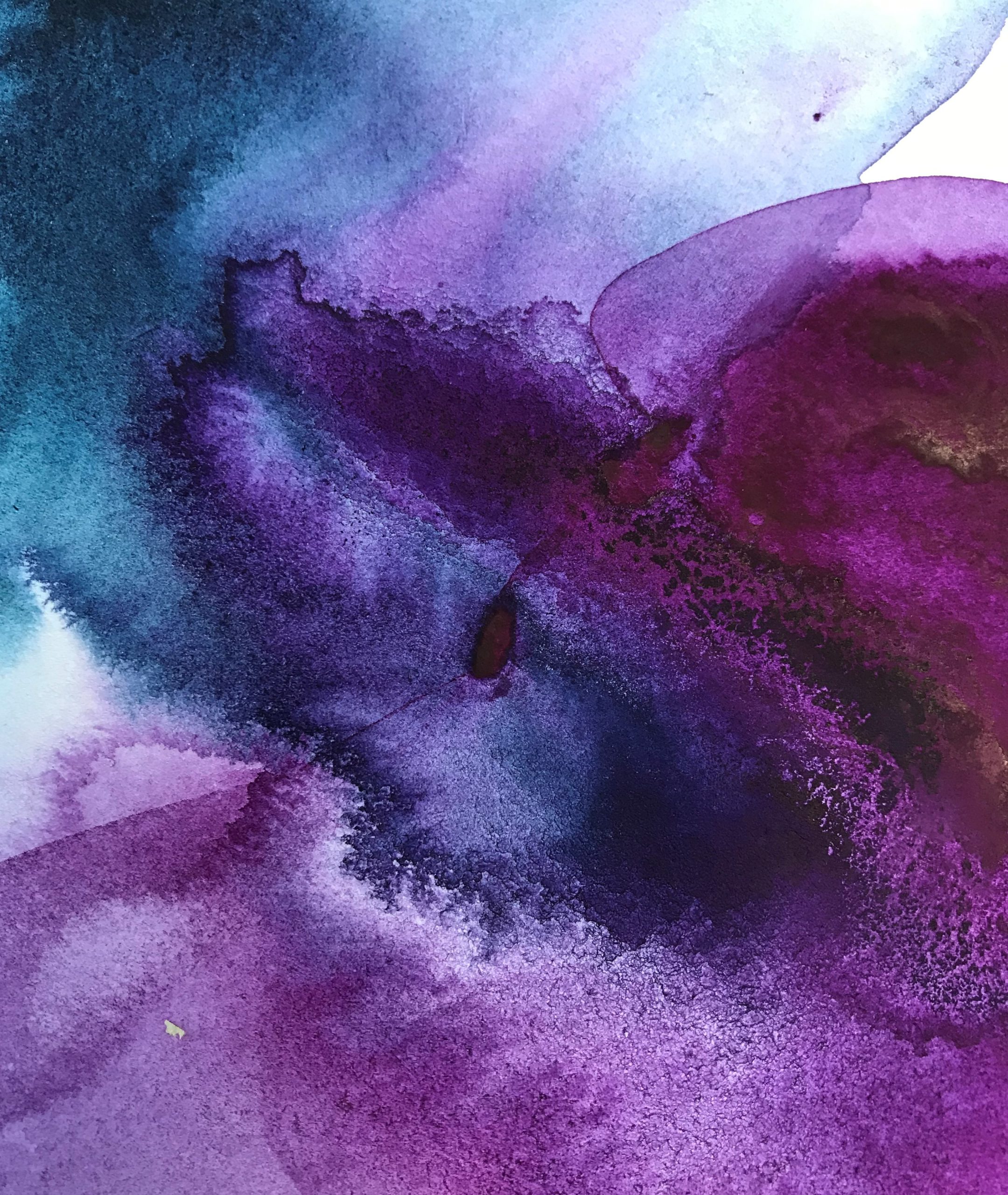 We are used to buying any colour in the spectrum and will only really have to pay a high price for a small number of paints. We are much less affected by the variance and availability of pigments than artists in any other era, with synthetic pigments able to be made much more economically. But this has not always been the case; colours and pigments have fascinating histories and associations. This is particularly true of Purple, which has long been associated with royalty and nobility.

Our word for Purple comes from the ancient Phoenicians. Extracted from the glands of a predatory Murex sea snail, the city of Tyre (situated in modern-day Lebanon) monopolised the production of Tyrian Purple in what must have been a very odourful process. Thousands of snails were required to make a fraction of the dye, and this made the colour extremely expansive and rare, worth its weight in gold. Prized for its ability to increase brightness as it weathered, it became exclusively used by the 4th Century CE by Roman Emperors and indeed could be punished by death if worn by others. Later the phrase ‘Porphyrogenitus’ (Born in the Purple) was used to confirm the legitimacy of the Byzantine royal families. This was true; the empress would give birth to the imperial heirs in a room decorated in Purple and was a huge advantage in obtaining the throne over pretenders. This ensured that the colour purple was synonymous with the elite. The production of Tyrian Purple came to an abrupt end in 1453 after the sack of Constantinople; the Byzantine court could no longer afford it.

Purple didn’t become widely available until the 1850s when William Henry Perkin, a Chemistry student in London, accidentally produced a synthetic organic purple colour when attempting to make Quinine, which was used for malaria treatment at the time. He found that if he dyed silk with the resulting substance, it would retain the purple colour, something that the natural dyes in use could not replicate. He called the new dye Mauveine and quickly realised its financial potential, ushering in a new era of synthetic dye industries and creating a fashion sensation for Purple, which was now available to a broader audience at last.

Artists have deployed purple to utilise its luxurious status in the mosaics of the Byzantine emperor Justinian and his wife Theodora at San Vitale situated in Ravenna, Michelangelo’s Christ in the Last Judgement. When Francis Bacon produced his series of pope paintings based on Velazquez’s portraits, he put them in the imperial Purple, albeit painted aggressively, portraying his feelings for the subject and colour. Rothko also evoked the powerful and religious connotations of the colour in the Rothko Chapel in Houston, Texas, focusing on the transcendent properties of the colour. Violet was famously used instead of black for shadows by Monet; he called it the ‘colour of the atmosphere’, and his enthusiasm so infected the other Impressionists that they were described as having ‘violetmania’.

Today, popular pigments for painting include Dioxazine purple, a wide range of Violets, Mauves from Perkin’s discoveries, and purples from the Quinacridone pigments. While certain purples remain expensive in oil paints (it can still be a costly product to make), there are accessible mixed pigments that bridge the spectrum, mainly found in acrylic ranges. The origins of Purple have now been demystified, its use expanded and commodified, but it still resonates powerfully for artists.